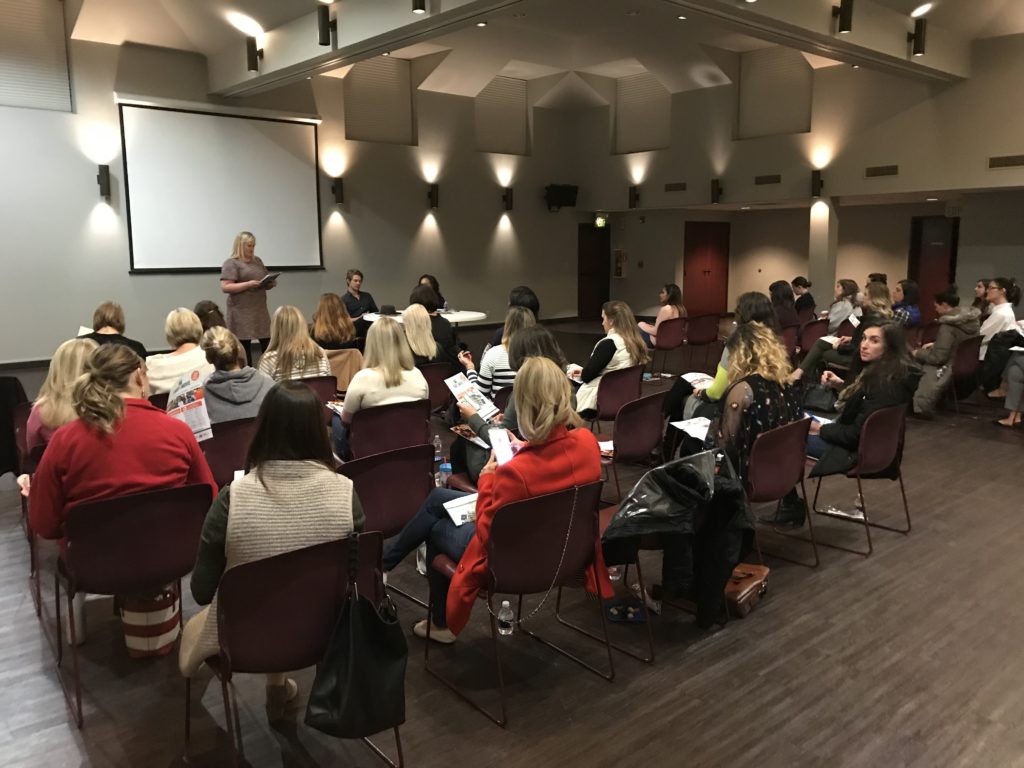 On November 8, 2017, Junior League of Tulsa, Inc. (JLT) hosted Food on the Move as part of its Training Education and Achievement (TEA) series for league members. TEA helps JLT achieve its mission of trained volunteers by providing educational sessions on various topics of importance to League members and the community. JLT is in its second year of providing volunteers to Food on the Move through JLT’s Impact Committee.

Food on the Move’s creation was inspired by the work and legacy of Edward Perkins, a former U.S. ambassador to South Africa. Prior to starting the organization, Hanson said he knew little about hunger, but Perkins led him to the cause. Hanson realized he wanted to go into the areas where the hungry live and better understand why and where food deserts (defined as an area that does not offer people healthful food such as fruits and vegetables, due to lack of providers) exist in Tulsa.

Food on the Move’s mission is aimed at drawing attention to food insecurity in economically challenged areas, particularly North Tulsa, where the life expectancy is 14 years less than residents of South Tulsa. North Tulsa is considered a food desert due to its lack of a grocery store, so many residents purchase food from convenience or dollar stores. The initiative has what Hanson terms three “levels” that it aims to achieve: 1) bring food to the hungry; 2) understand why there is hunger there; and 3) provide access to better food. 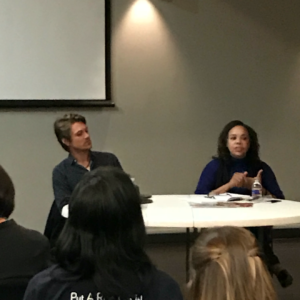 To achieve its mission, Food on the Move hosts events at two locations in Tulsa year round: Tulsa Community College (TCC) Northeast, located at 3727 East Apache Street and EduRec, located at 5424 North Madison Avenue. Events are pay as you can, meaning there is a suggested amount to pay if you are able, but if you cannot, you are welcome. No one is turned away due to inability to pay. Each person that comes to the event registers and is given two tickets: one ticket for a meal from a local food truck (there are many options at each event) and one to get fresh produce. Once everyone enters the event, no one is aware of who paid to enter and who did not.

Carter said the events bring people of all backgrounds together, because “food is the great equalizer.” The common misconception of the hungry is that they do not have food tastes and therefore eat anything. The Food on the Move events aim to give all participants choices in a meal from a food truck and the produce they take home. “We do not give anything away we wouldn’t buy ourselves,” said Char.

Hanson believes that as Tulsans, “we can do better.” With Food on the Move’s events, people come face to face with food deserts and are able start a conversation around food insecurity and how to solve it. The hope is that the events, because they are in the same locations year-round, show the ability for a community in a food desert to support a more permanent food solution, such as a grocery store. Each event so far has had approximately 150 participants and a 50% rate of return on past participants.

According to Hanson, Food on the Move is a “movement;” the organizations is seeking to partner and connect with people in order to spark change and “light a fire.” The organizations model is mobile for a reason – it is a “space on the move” that is not waiting for something to be done, but rather showing up in neighborhoods, inviting people to events, and mobilizing all Tulsans to combat food insecurity in our city.

To volunteer or partner go to http://www.foodonthemoveok.com