The Junior League of Tulsa is thrilled to celebrate Michelle Hardesty as our 2021 GEM Gala Honoree and the Hardesty Family Foundation, Inc. as our Community GEM.

Michelle and the Hardesty Family Foundation are invaluable to our community, as they are true gems who have gone the extra mile to build a better Tulsa. 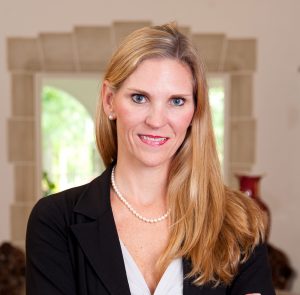 Michelle came into this position with a strong background in business, as President of Hardesty Realty Corp. At Hardesty Realty Corp., she managed over 2,000 units of apartments and 65 employees in six states. Michelle is currently an active Oklahoma licensed Proprietor Broker. She is also the former President of Port Trucking, the former hauling division of Mid-Continent Concrete (MidCo), starting with the responsibility of the management of 40 trucks and their drivers. MidCo was among the top 25 ready-mix operations in the nation, with over 30 ready-mix plants in its lineup, along with 250 mixer trucks.

As the Executive Director for The Hardesty Family Foundation, Inc., Michelle is responsible for providing the vision, organization and leadership for their charitable giving. She is a member and Past President of Funders Roundtable, a regional association of grantmakers. Michelle planned the first speed-dating program in Tulsa between grantees and funders. In 2017, she was awarded by the Women in Communications with a Newsmaker’s Award and served on the Saint Francis Painted Pony Committee. She has been on the Leadership Oklahoma program committee since 2018.  Michelle was one of the 2018 Tulsans of the Year and served as an honorary chair for The Center for Individuals with Physical Challenges. More recently she has served on the Mental Health Association Oklahoma Advisory Council for Vulnerable Populations and Emerging Programs, working on critical community projects such as the Sobering Center, Tulsa Fire Department CARES program, the Community Response Team (CRT) and Special Services Court Docket.  In 2021, Michelle will serve as the Tulsa Community College 50th Anniversary Vision Dinner and Gala Chair.

Michelle has been on the Advisory Council for the Center for Individuals with Physical challenges and was noted as one of DVIS’s 40 faces in 2016. She served on the Regional Board for the Boy Scouts of America (BSA) from 2012-2016 and several committees for the Indian Nations Council including the Whitney Young dinner and the Property Oversight committee for their capital campaign. In 2012, Michelle accepted the BSA, North Star Award on behalf of the Foundation. She is an inactive Certified Property Manager (CPM) through the Institute of Real Estate Management (IREM) and the past president of the Tulsa Apartment Association and was a member of the National Apartment Association. Michelle has also been actively involved with Monte Cassino. In 2009, Michelle received the Outstanding Philanthropist Award from the Association of Fundraising Professionals (AFP). In 2012, Michelle was honored as a Tulsa Business Journal Women of Distinction, which honors accomplished female professionals in the local business community. She is a member of the American Red Cross Tiffany Circle. In 2013, Michelle accepted the Nonprofit Harwelden Award on behalf the Hardesty Family Foundation, Inc. She is a graduate of Leadership Oklahoma Class XXVIII and serves as the Class Ambassador. Michelle participated in Tulsa’s Young Professions advisory board for the art and entertainment crew and is a member of the Arts Alliance Jane Heard Clinton Society. In 2015, Michelle completed her 200-hour Yoga Teacher Certification. She served as the Honorary Chair for Girl Scouts of Eastern Oklahoma Juliette Low Luncheon in 2016.

She currently serves on the board of Because We Care and the Oklahoma Hall of Fame.

Michelle’s undergraduate degree in Journalism is from New York University.  Wilhelmina Modeling Agency in New York invited Michelle to model for them at the age of 13, though her parents had other plans for her. She has one child and a menagerie of pets including cats, dogs and miniature zebu cows. 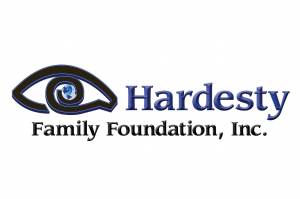 The Hardesty Family Foundation, Inc. was established in December 2005 by F. Roger Hardesty and his wife Donna J. Hardesty. Roger is the founder and CEO of United States Aviation Co. and The Hardesty Companies, Oklahoma based companies with diversified holdings. Roger and Donna have sacrificed to get where they are today. It is the pioneering spirit which led them to create The Hardesty Family Foundation, Inc. They believe strongly in the American Dream of hard work and tenacity. They like to support projects that share their belief system – if you can dream, you can achieve.

The Hardesty Family Foundation, Inc. was established to benefit specific needs of the people of Tulsa, Oklahoma and the surrounding areas. As native Oklahomans, the Hardesty family feels an obligation to give back to the people of our State and to make the future a better place for all whom choose to call Oklahoma home.

The Hardesty Family Foundation, Inc. and the Junior League of Tulsa share a similar mission and support several of the same community programs in Tulsa, including DVIS, Food Bank, Food on the Move, Street School, Resonance, and Women in Recovery.